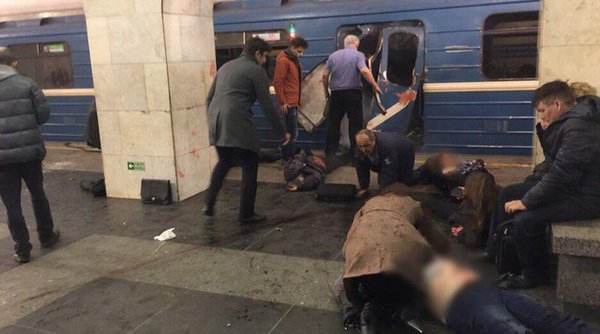 An explosion occurred on the blue line of the St. Petersburg metro. A large number of victims is reported.

According to eyewitnesses, the explosion occurred on Sennaya Ploschad station. Reportedly, many people have been injured and killed, although the information needs to be confirmed.

Representatives for the St. Petersburg metro system confirmed the fact of explosion. According to them, the explosion of an "unknown item" occurred in one of the carriages of the train. Three stations have been closed because of the explosion.

At least ten people have been either injured or killed, RIA Novosti reports.

The cause of the explosion has not been established yet. Too much smoke is reported to be on the site of the blast.