The Turkish police arrested eleven Russians on suspicion of their membership in a terrorist organization." The Russian citizens were arrested on the case of explosions at the airport of Istanbul. 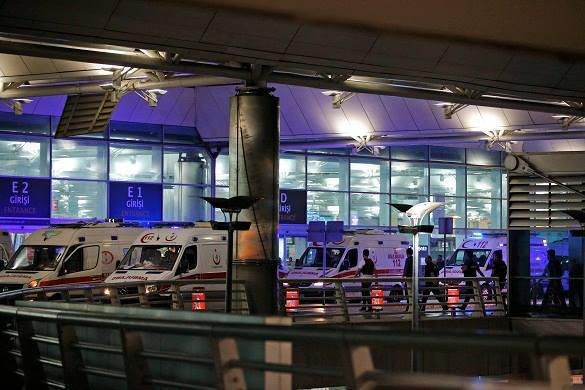 On July 5, 17 people were taken into custody, says RBC. According to Turkey's DHA agency, 17 people, eleven of them are Russian citizens, were arrested on the case of Istanbul airport explosions.

The total number of detainees has thus reached 30 people: 13 people were arrested two days ago.

On Tuesday, Turkish President Recep Tayyip Erdogan said that the police of Turkey arrested 30 people on the case of explosions at the airport in Istanbul. He noted that among the suspects there were natives of Dagestan, Kyrgyzstan and Tajikistan. "Unfortunately, our neighbors from the North Caucasus are involved in the attack," said the Turkish leader.

Erdogan also confirmed that the explosion at Istanbul's Ataturk International Airport were organized by the Islamic State terrorist group (the organization is banned in Russia.