The Black Sea will not become a "NATO lake", Russia's permanent representative to NATO Alexander Grushko said in response to Turkish President Erdogan, who had urged the North Atlantic Alliance to act in the Black Sea. 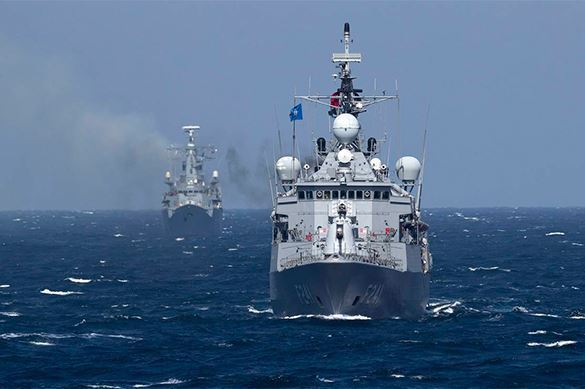 Russia will not let NATO use its fists in the Balck Sea, although the alliance has been trying to resort to confrontational schemes in these waters.

Earlier, Turkish President Recep Tayyip Erdogan stated that one should not let the Black Sea become a "Russian lake." Yet, the alliance understands that Russia will take all necessary measures to neutralize possible threats and attempts of military pressure, Alexander Glushko told the Rossiyskaya Gazeta newspaper.

According to Glushko, the Black Sea Fleet stabilizes the situation in the Mediterranean and further to the south. In the past, the Black Sea Fleet used to cooperate with NATO and the EU in the fight against piracy, but now the alliance has departed from such activities, the Russian permanent representative said.

Also read: Russia's Onyx missiles and Bastion systems block Barents, Black Sea
Turkey's Erdogan was outraged by the fact that the Black Sea has become almost a Russian lake. NATO officials said that the alliance would increase presence in the Black Sea.

To this end, Romania may create a fleet under NATO's leadership in the Black Sea. This initiative was approved by Ukrainian President Petro Poroshenko.

Russia's Foreign Ministry representative Maria Zakharova stated that such a move may force Russia take measures for an adequate response to NATO.