Close to Russia: US deploys F-22 in Black Sea

The US sent F-22 Raptor fighter aircraft to a Romanian airbase on the Black Sea coast from its base in Great Britain. 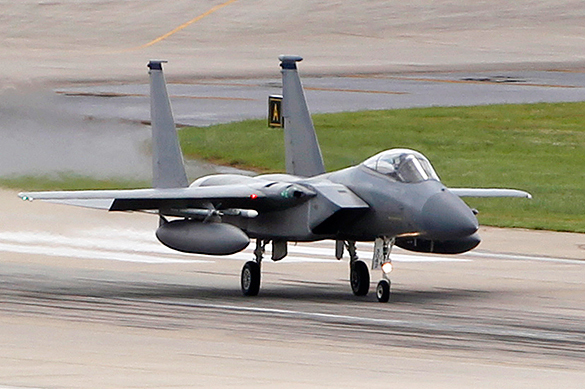 As the US reported, the aircraft would take part in training flights.

Before that the US had deployed fifth-generation F-22 Raptor fighter aircraft, pilots and additional equipment in Great Britain to carry out the drills.

Then the aerial refueling aircraft KC-135 Stratotanker and two fighters F-22 flew from Great Britain to the Romanian airbase Mihail Kogalniceanu. Official aim of the training flights is cohesion of the eastern US allies in the NATO.

According to the Russian permanent mission, NATO forms a new confrontation line in the Black Sea, attributing it to a "Russian threat". As the permanent mission claimed, Russia prepares retaliatory measures. "Russia will undertake all the necessary measures to neutralize threats that occur."

Also read: It is only Russia that has fifth-generation fighter aircraft