Russia keeps US and NATO flotilla in Black Sea at gunpoint

A flotilla of NATO and US warships entered the Black Sea yesterday, on December 3. The flotilla consists of USS Ross and NATO constant readiness vessels - Francisco de Almeida of Portugal, Blas de Lezo of Spain and Winnipeg of Canada. 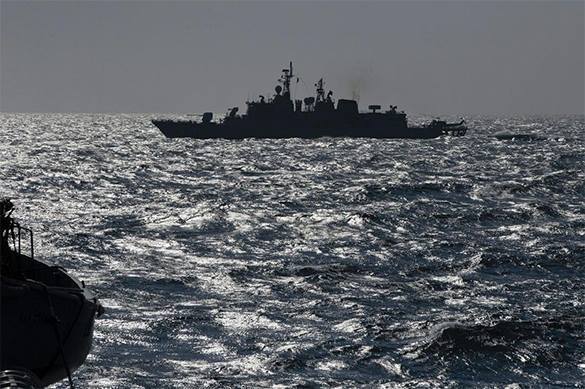 According to US naval officials, USS Ross entered the Black Sea to ensure peace and stability in the region. By approaching Russian maritime border, NATO warships intend to cooperate with "allies and partners."

Also read: NATO ships will sink in ten minutes, should they attack Russia

The ships of non-Black Sea countries, according to the statute, are allowed to stay in the area for not longer than 21 days.

A division of the Russian Black Sea Navy took the foreign flotilla at gunpoint. This is a normal practice for all countries, when foreign warships enter their territorial waters.

Noteworthy, NATO and the US refused to create an anti-terrorist coalition with Russia to Syria. NATO officials stated that they did not have common goals with the Russian administration at this point, meaning Moscow's persistence in keeping Syrian legitimate President Assad in power.