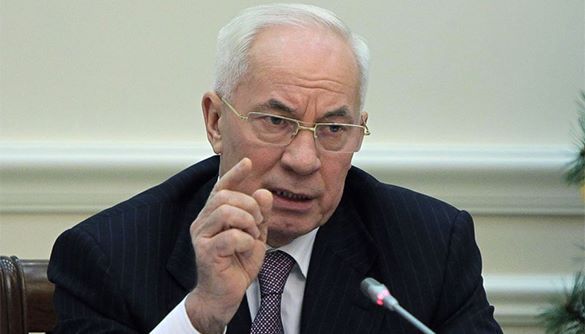 Former Prime Minister of Ukraine Nikolai Azarov told about the circumstances that had led to his escape from the country. According to Azarov, there were people, who attempted to assassinate him during the coup in February 2014.

For this reason, the politician was forced to leave Ukraine.

The former Ukrainian prime minister said that his wife was driving Azarov's car when unidentified persons opened fire at the traveling vehicle. The woman managed to stay alive by miracle, Azarov said. He believes that the bullets fired at the car were intended to kill the politician himself.

"I had no choice but to leave the country," Azarov said.

According to Nikolai Azarov, Western politicians would constantly communicate with the then Ukrainian leadership, instructing officials not to use violent methods against protesters. Yanukovych's "obedience" to the West eventually led to his removal from power, Azarov said.

To crown it all, Nikolai Azarov said that there was a team created for the purpose of  physical destruction of the fourth president of Ukraine, Viktor Yanukovych, and his entire family.