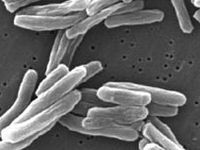 A deadly mystery disease has appeared this week in southern Nigeria, killing between 14 and 28 people, according to reports. The unknown disease is not Ebola and tests have revealed it does not stem from any recognized virus.

The mystery illness appeared in the town of Ode-Irele in Ondo State, South-East Nigeria, all cases occurring between April 13 and April 15. The symptoms are categorized as severe headache, followed by blindness or blurred vision, unconsciousness and death occurs within 24 hours.

Tests have been made, which have ruled out Ebola Virus Disease that has ravaged West Africa over the last year. The WHO has confirmed that the disease exists and has sent epidemiologists to the area.