US Lawmakers Approve Most Sweeping Overhaul of Nation's Financial Regulation

Congressional negotiators today approved the most sweeping overhaul of U.S. financial regulation since the Great Depression, reshaping oversight of Wall Street and some of its most opaque concoctions. 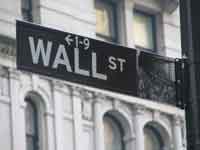 US Lawmakers Approve Most Sweeping Overhaul of Nation's Financial Regulation

Lawmakers from the House and Senate worked through the night in a 20-hour session to reach deals on two of their most far-reaching and contentious proposals -- a ban on proprietary trading by banks and new oversight of the derivatives market. This month, they’ve also agreed on measures to wind down big firms whose collapse might shake markets, to keep tabs on hedge funds and to make it easier for investors to sue credit raters, BusinessWeek says.

The controversial proposal would also force big banks to divest their major interests in hedge funds and private equity firms, allowing them to hold no more than 3% of a fund's capital, though big banks could have as long as seven years to comply, MarketWatch reports.