EBay Inc. rose in European trading after second-quarter earnings and a forecast for the current period topped analysts’ estimates, a sign that buyers and sellers are returning to the site. 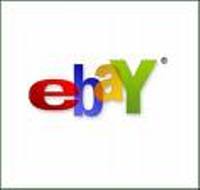 Excluding costs such as stock compensation, earnings were 37 cents a share, beating the 36 cents estimated by analysts in a Bloomberg survey . Sales of $2.1 billion topped the $1.99 billion projected by analysts , Bloomberg reports.

At the same time, the e-commerce company reported July 22 that second-quarter sales declined 4%, a less moderate drop than the ones eBay was experiencing a year ago. Earnings of 37¢ per share, excluding special items, beat Wall Street analysts' consensus estimate by a penny, though net income fell 29% compared with a year ago.

While not spectacular, the results gave investors hope that the worst may be over for eBay ( EBAY ), and that Chief Executive John Donahoe 's turnaround plan may be taking hold. Shares of eBay gained nearly 5% in extended trading July 22, after closing up 52¢, or 2.75%, at 19.45, BusinessWeek reports.

Meanwhile, in an interview, Mr. Donahoe said that opening up PayPal platform could transform the online payments marketplace. “No other global payments platform, online or offline, has been able to open up to third-party developers. And the effect on PayPal will be very comparable to the effect on the iPhone — we’ll see the exponential innovation and growth that comes with it as you release the creativity of those developers.” ,New York Times reports.