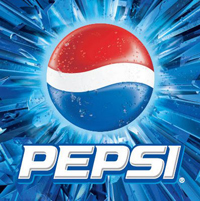 Net income dropped 2.3 percent to $1.66 billion, or $1.06 a share, from $1.7 billion, or $1.05, a year earlier, when there were more shares outstanding, Purchase, New York-based PepsiCo said today in a statement. Revenue fell 3.2 percent to $10.6 billion as the stronger dollar cut into income outside the U.S, Bloomberg reports.

But the company did see growth in its North and South America Frito-Lay and its food business. PepsiCo International results were mixed, with declines in Europe but growth in Asia, the Middle East and Africa.

Pepsi continued to raise prices to offset commodity prices that reached record highs earlier in the year, and roped in customers with promotions, TheStreet.com reports.

Looking ahead, the company reaffirmed its forecast for full-year profit growth by a mid- to high-single digit percentage over 2008’s full-year profit of $3.68 per share, Dividend.com reports.

Meanwhile PepsiCo recently announced plans to invest US$1bn in China over the next four years, and, together with Pepsi Bottling Group, will invest $1bn in Russia over the next three years, just-drinks.com reports.