Sprint reported that it will begin offering its new all-inclusive "Simply Everything" unlimited plan for $99.99. 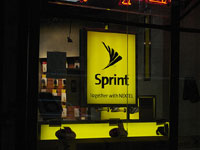 This new Sprint plan handily beats out offerings from the other major U.S. carriers by including not only unlimited voice and messaging, but also unlimited data, email (including BlackBerry BIS), GPS navigation, Sprint TV, Direct Connect (PTT), and even 150 channels of Sprint Music.

It is worth noting that the new unlimited plan does not include songs purchased from the Sprint Music Store or any of its game offerings. Text messages sent to some promotional programs might also result in a charge. Lastly, the new plan does not include tethering the phone to a personal computer for use as a modem.

Sprint Nextel Corporation is one of the largest telecommunications companies in the US. With 53.8 million subscribers,Sprint Nextel operates the third largest wireless telecommunications network in the United States (based on total wireless customers), behind AT&T and Verizon Wireless. Sprint is a global Tier 1 Internet carrier, and, as such, makes up a portion of the Internet backbone. In the United States, the company also operates the second largest wireless broadband network and is the third largest long distance provider.

The new Simply Everything plan is available starting Friday the 29th of February. More information is available on Sprint's Special Offers website.