By Margarita Snegireva. A month after Canadian officials confirmed a wide-ranging investigation of price fixing in the chocolate industry, several chocolate makers said Thursday that they had learned United States government investigators were looking into pricing practices. 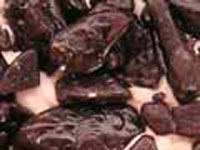 An official at Mars Inc. said it had been contacted by the antitrust division of the Justice Department “concerning pricing practices in the U.S. chocolate confectionery industry.” The company said it would cooperate.

Laurie MacDonald, spokeswoman for Nestlé USA , said in a statement that the company “is aware of a preliminary investigation into marketing practices in the U.S. chocolate industry.”

“We have not received any document requests, but plan to cooperate fully with the investigation,” she said.

"We would, however, fully cooperate in any investigation." Hershey spokesman Kirk Saville declined to comment.

The Hershey Company, until April 2004 Hershey Foods Corporation, commonly called Hershey's, is America's largest chocolate company.Its headquarters is in Hershey, Pennsylvania, a town permeated by the aroma of cocoa on some days, and home to Hershey's Chocolate World. It was founded by Milton S. Hershey in 1894 as the Hershey Chocolate Company, a subsidiary of his Lancaster Caramel Company. Hershey's candies and other products are sold worldwide.

Hershey's is one of the oldest chocolate companies in the United States, and an American icon for its chocolate bar. The Hershey Company owns many other candy companies and is also affiliated with Hershey Entertainment and Resorts Company, which runs Hersheypark, a chocolate-themed amusement park; the Hershey Bears hockey team; Hersheypark Stadium; and the GIANT Center.

It isn't clear precisely what the Justice Department is looking into or whether the preliminary inquiry will become a formal criminal investigation. Price fixing can be a serious offense, leading to heavy fines and, in some cases, jail terms for executives. While antitrust enforcement has eased generally in recent years, the Bush administration has aggressively prosecuted price fixing in many industries and global markets, from airline cargo to semiconductors.

Ontario's Superior Court of Justice on Nov. 21 granted search warrants to be issued to all of those candy makers "based on evidence that there are reasonable grounds to believe that a number of suppliers in the chocolate confectionery industry have engaged in activities contrary to the conspiracy provisions of the Competition Act," a spokeswoman for Canada's Competition Bureau said in a statement last month. "There is no conclusion of wrongdoing at this time, and no charges have been laid." The companies said they were cooperating with the Canadian authorities.