Naspers expands to Eastern Europe buying Tradus for 1.91b dollars 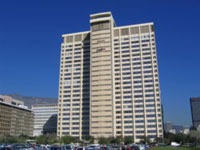 Naspers expands to Eastern Europe buying Tradus for 1.91b dollars

Naspers is a South Africa-based multinational media company with principal operations in electronic media (including pay-television, internet and instant-messaging subscriber platforms and the provision of related technologies) and print media (including the publishing, distribution and printing of magazines, newspapers and books, and the provision of private education services).

Tradus is an online auction company that operates in Europe and the UK. Tradus plc (formerly QXL ricardo plc) is a publicly traded company with its shares listed in London as part of the FTSE 250 (TRAD.L). The company operates across Europe using many different brands.