Two Russians have been arrested on the suspicion of murder of Canadian millionaire and philanthropist Glen Davis. The two men supposedly assassinated Davis for a payment from the millionaire’s nephew. 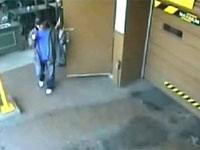 Two thirty-year-old Russian males were arrested in Toronto. The death of Glen Davis received extensive media coverage in the world. The Russians were reportedly identified as Yevgeny Vorobyov and Dmitry Kosyrin.

Glen Davis, 66, was shot dead in Toronto in May 2007. Davis was an eccentric individual. He always used public transport despite his wealth. His fortune was evaluated at $100 million. He was a dedicated environmentalist.

Canadian law-enforcement agencies were looking for the assassins during 21 months. The police experienced difficulties in finding out the reasons of the crime. The police of Toronto offered a $50,000 reward in the beginning of February 2009 for any information about the perpetrators.

The surveillance camera on the parking area, where Davis was shot, filmed two men near the millionaire on the moment when he was killed.

The two Russians, both employed at the construction industry, were residing in Canada for several years. Davis’s 37-year-old nephew, Marshall Ross, was also arrested. All the three have been charged with first degree murder.

The police believe that the nephew was involved in the financial fraud wiring the funds of his uncle to Russian-Canadian construction entrepreneurs. Ross chairs Ross-Shire company, which builds luxury homes in Toronto. Ross met the assassins in 2004, when D. K. Custom Build Homes, which Kosyrin chaired, was repairing Ross’s home.