The U.S. president, Barack Obama asked for a minute of silence to honor victims of the massacre. 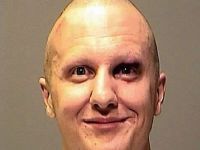 The federal court in Phoenix (Arizona, southeastern U.S.) on Monday ruled that Jared Lee Loughner be held in detention without bail. Loughner was responsible for the massacre carried out this weekend in Tucson, which killed six people and wounded another 14 at a public event.

The youth, 22, received the decision after hearing the charges against him, including the murder of two people and the attempted murder of three others, including Rep. Gabrielle Giffords, who is currently in critical condition with a gunshot wound to the head.

According to local media outlined in court, Loughner would not comment pled neither guilty nor innocent, and just simply say "yes understood" regarding the gravity of the crimes for which he was accused.

So far there is no information about the amount of time the defendant shall pay for such conviction, nor has it been revealed whether they will seek to apply the death penalty for the killings.

This first trial held against Loughner is solely for aggression against people who hold official positions, which means that so far, there has been no criminal proceedings related to the other four deaths that occurred last Saturday,  including that of a girl nine years old.

This Sunday, the director of the Federal Bureau of Investigation (FBI) Robert Mueller, said that in addition to the killings and injuries, there is also the possibility that Loughner will be prosecuted under the domestic terrorism law.

"We do not rule out the possibility of additional charges being filed under the status of domestic terrorism because the investigation remains open," said Pier.

The incident occurred shortly after 10:00 am (1600 GMT) on Saturday, while Gabrielle Giffords led the first event called Congress at your corner, on the approach to citizenship.

According to some witnesses, the assailant ran up to the Democratic Congresswoman and began firing just over a meter away when Giffords was talking with people.

After wounding her, he kept firing at those who were close to her and the shots were stopped only when his bullets ran out and he had to stop to reload his gun. Nineteen people were hit. Among the six who died were the nine-year-old girl and a federal court judge of 40-years standing, John Roll. When Loughner ran out of ammunition, reports say, he was overpowered by the crowd and held until police arrived.

U.S. president, Barack Obama paid a moment of silence from the White House in memory of victims of the shooting.

The president, accompanied by First Lady Michelle Obama simply paid tribute without making statements about the attack, however, said that justice will prevail.

Besides Obama, the leader of the Cuban Revolution, Fidel Castro, also spoke out against the attack and called it a "heinous act" to be punished.