Serena Williams back for Roland Garros

US tennis star, former world number one, Serena Williams, is recovering at home after two life-threatening health scares last week - a pulmonary embolism and a haematoma, following a period of eight months off the courts due to a foot injury. She promises to be fighting fit by Roland Garros. 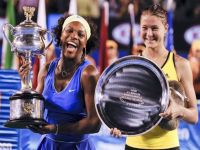 "Extremely scary" was how Serena Williams, 29, described her double health scare - an operation last week for a pulmonary embolism followed by a haematoma on Monday, a result of the treatment for the first condition. "I know I will be OK but I am praying and hoping this will all be behind me soon. While I can't make any promises now on my return, I hope to be back by early summer, " stated the former world number one.

The emergency treatment for the haematoma on Monday was a result of the previous complication - a potentially life-threatening pulmonary embolism, according to a spokesperson for Williams. After treatment at a hospital in Los Angeles, her agent confirmed that "everything was caught in time" and she is recovering at home, under medical supervision.

Her last engagement off-court had been Sunday night's viewing of Sir Elton John's AIDS Foundation Academy Awards Party. On court, it was winning Wimbledon last July, after which she cut her foot badly on a broken glass at a restaurant and received surgery, forcing her to pull out of the US Open. She needed another operation in October 2010, missed the Australian Open in January and the pulmonary embolism - a blood clot on the lungs which can prove fatal - was discovered when she was in Los Angeles discussing issues still related with her foot. 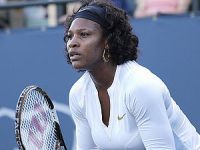 Serena Williams won her first Grand Slam title in 1999 and has won a total of 13 in her career:

In Mixed Doubles, she has won two events, Wimbledon and the US Open, both in 1998.