Man sentenced to 3 years for throwing pet off balcony

South Carolina man was sentenced to three years in prison and two years probation for throwing a puppy off a balcony during a quarrel with his girlfriend. 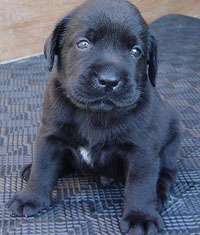 Man sentenced to 3 years for throwing pet off balcony

The puppy was in a soft-sided container, suffered head injuries and had to be put to death.

Javon Patrick Morris, 22, apologized for throwing the puppy off the balcony last March and pleaded guilty to animal cruelty.

"You mean he threw a helpless animal off three floors because he was mad at someone?" Judge Edward Cottingham asked a prosecutor before sentencing Thursday.

The judge, who has owned nine dogs, said he was obligated to issue a tough sentence.

"There is nobody in this world that can understand that," Cottingham said.

He sentenced Morris to five years, suspended to three years in prison and two years of probation. He also ordered Morris, who will be eligible for parole in 20 months, to get anger management counseling.

"I've got to send a message to all dog lovers that we are going to protect that interest in our courtrooms," Cottingham said.