America still has prejudice against blacks and Hispanics

Black, Hispanic and white drivers in the United States are equally likely to be stopped by police, but blacks and Hispanics are much more likely to be searched and arrested. 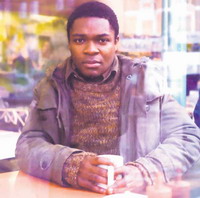 America still has prejudice against blacks and Hispanics

Police were much more likely to threaten or use force against blacks and Hispanics than against whites in any encounter, whether at a traffic stop or elsewhere, according to the U.S. Justice Department.

The study, released Sunday by the department's Bureau of Justice Statistics, covered police contacts with the public during 2005 and was based on interviews by the Census Bureau with nearly 64,000 people age 16 or over.

"The numbers are very consistent" with those found in a similar study of police-public contacts in 2002, bureau statistician Matthew R. Durose, the report's co-author, said in an interview. "There's some stability in the findings over these three years."

Traffic stops have become a politically volatile issue. Minority groups have complained that many stops and searches are based on race rather than on legitimate suspicions. Blacks in particular have complained of being pulled over for simply "driving while black."

"The available data is sketchy but deeply concerning," said Hilary Shelton, director of the Washington bureau of the National Association for the Advancement of Colored People. The civil rights organization has done its own surveys of traffic stops, and he said the racial disparities grow larger, the deeper the studies delve.

"It's very important to look at the hit rates for searches - the number that actually result in finding a crime," Shelton said. "There's a great deal of racial disparity there." He called for federal legislation that would collect uniform data by race on stops, arrests, use of force, searches and hit rates.

"This report shows there are still disturbing disparities in terms of what happens to people of color after the stop," said Dennis Parker, director of the American Civil Liberties Union's racial justice project. He also said better reporting is needed.

Like the 2002 report, this one contained a warning that the racial disparities uncovered "do not constitute proof that police treat people differently along demographic lines" because the differences could be explained by circumstances not analyzed by the survey. The 2002 report said such circumstances might include driver conduct or whether drugs were in plain view.

Traffic stops are the most frequent way police interact with the public, accounting for 41 percent of all contacts. An estimated 17.8 million drivers were stopped in 2005.

Black, Hispanic and white motorists were equally likely to be pulled over by police - between 8 percent and 9 percent of each group. The slight decline in blacks pulled over - from 9.2 percent in 2002 to 8.1 percent in 2005 - was not statistically significant, Durose said, and could be the result of random differences.

The racial disparities showed up after that point:

- Blacks (9.5 percent) and Hispanics (8.8 percent) were much more likely to be searched than whites (3.6 percent). There were slight but statistically insignificant declines compared with the 2002 report in the percentages of blacks and Hispanics searched.

- Blacks (4.5 percent) were more than twice as likely as whites (2.1 percent) to be arrested. Hispanic drivers were arrested 3.1 percent of the time.

Among all police-public contacts, force was used 1.6 percent of the time. But blacks (4.4 percent) and Hispanics (2.3 percent) were more likely than whites (1.2 percent) to be subjected to force or the threat of force by police officers.

People interviewed described police hitting, kicking, pushing, grabbing, pointing a gun or spraying pepper spray at them or threatening to do so. More than four of five felt the force used was excessive, but there were no statistically significant racial disparities among the people who felt that way.

Two years ago, the Bush administration's handling of the 2002 report and its finding of racial disparities generated considerable controversy.

Departing from normal practice, the earlier report was simply posted on the statistics bureau's Web site without any press release announcing it.

The bureau's director at the time, Lawrence A. Greenfeld, appointed by President George W. Bush in 2001, wanted to publicize the racial disparities, but his superiors disagreed, according to a statistics bureau employee. Greenfeld told his staff he was being moved to a new job following the dispute, according to this employee, who requested anonymity because he was not authorized to talk to reporters.

This time there was a press release.