NASA space shuttle manager urges his workers to create a support system that might prevent another incident similar to last week's tragedy at the Johnson Space Center where a contract worker smuggled in a handgun and fatally shot another employee before killing himself. 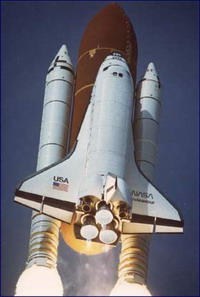 Wayne Hale sent an e-mail Monday, calling the slaying of David Beverly a "tragedy for all of us."

"Metal detectors and car searches will not prevent this type of tragedy. Workplace violence, murder/suicide happen almost daily in this country. The only way to prevent a tragedy is to build a support network for those in need," Hale wrote.

Phillips, who received a poor job evaluation last month, was afraid of losing his job and blamed Beverly. After shooting Beverly, he barricaded himself with a hostage for nearly three hours before killing himself. The hostage, Fran Crenshaw, a contract worker with MRI Technologies, escaped unharmed.

Phillips, who had worked for NASA for 15 years, was unmarried, had no children and apparently lived alone.

"What is emerging is that the troubled individual who shot David Beverly and then took his own life had nobody to help him with his problems," Hale wrote. "Please don't let your co-workers suffer alone."

Hale also encouraged his workers to let friends and family know that they are appreciated.