Regional summit in South Asia will focus on terrorism 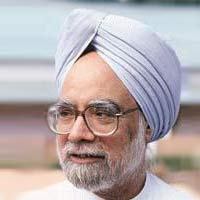 Regional summit in South Asia will focus on terrorism

One-fifth of the world's people - and many of its most impoverished - live in the eight countries in the South Asian Association of Regional Cooperation, a group that has often been seen as little more than a talk shop for regional leaders since its founding in 1985.

The group was set up to promote economic cooperation and has since sought to tackle a range of issues, from food security to terrorism. But progress in most areas has been slow, mainly because of the rivalry between India and Pakistan.

Indian Prime Minister Manmohan Singh acknowledged in his opening speech that SAARC has made limited progress and asked member nations to "break from the past and join hands to bring about vibrant social and economic changes."

The group consists of India, Pakistan, Sri Lanka, Nepal, the Maldives, Bhutan, Bangladesh and Afghanistan, which became a member Monday.

Terrorism is a major concern for many members.

"We should implement our commitments and pledges to root out terrorism," Singh said.

Along with terrorism, the summit's agenda includes discussions of the establishment of a South Asian university and a regional food bank, and overcoming problems in implementing a regional free trade agreement that came into effect in July.

Member states also are considering India's proposal to streamline the visa process for each others' citizens. Singh said New Delhi would make it easier for teachers, students, journalists and medical patients from SAARC countries to get Indian visas.

Representatives from China, Japan, South Korea, the United States and European Union are attending the summit's opening and closing sessions and some meetings as observers.

SAARC foreign ministers also cleared the way for Iran's admission as an observer, and that proposal now awaits the approval of the leaders.