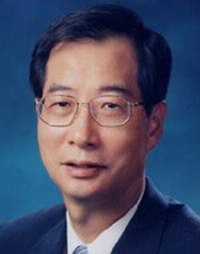 Han Duck-soo, a career official who served as Roh's finance minister in 2005-2006, was nominated to succeed Han Myung-sook, who stepped down earlier this week to focus on her career as a lawmaker amid media reports she may run for president. An election is set for December.

"A career economic technocrat, Han has built rich experience in managing state affairs," said Park Nam-choon, Roh's personnel affairs aide. "He is expected to stably manage the economy and other key national tasks in the final year of (Roh's) term."

The new prime minister, 57, who has a doctorate in economics from Harvard University, has long served as an economic expert in the government. Since resigning as finance minister last year, he has been a special presidential adviser on the country's free trade talks with the United States, the AP says.

His previous posts include trade minister and the country's ambassador to the Paris-based Organization of Economic Cooperation and Development under former President Kim Dae-jung.

Han's appointment is subject to approval by parliament after a confirmation hearing.