A man accused of working for China to produce a cruise missile that is hard to detect and intercept is facing additional charges, some of which carry a possible death sentence, federal officials said. 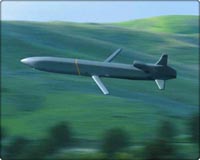 Noshir S. Gowadia, 62, an engineer who helped design the propulsion system on the radar-evading B-2 stealth bomber, was named in a superseding 18-count indictment, according to Kenneth L. Wainstein, assistant attorney general for the U.S. Justice Department's National Security Division, and U.S. Attorney Edward Kubo Jr.

Gowadia, a naturalized U.S. citizen born in India, has been in federal custody since being arrest in October 2005. He is accused of designing a cruise missile exhaust system nozzle for China.

Three of the new counts charge Gowadia with providing classified national defense information to help China or to injure the United States. The three charges carry a prison sentence of up to life, with a possible maximum sentence of death if certain statutory criteria are met, the officials said.

"As charged in the superseding indictment, the defendant in this case attempted to profit from his know-how and his knowledge of sensitive military technology," Wainstein said Wednesday.

"This case demonstrates that the Department of Justice will vigorously prosecute those who illegally transfer such information and services to foreign countries," he said.

According to the new indictment, Gowadia, an engineer at Northrop Grumman Corp. for nearly 20 years beginning in 1968, made six covert trips to China to discuss, design and test the stealthy cruise missile nozzle, officials said.

The original six-count indictment charged Gowadia with communicating classified national defense information to a person not authorized to receive it and with exporting technical data related to a defense article without an export license.

Four of the new charges accuse him of laundering the money he allegedly received from China, reports AP.

One count of the new indictment said Gowadia violated the Arms Export Control Act by entering into an illegal agreement to design and assist in the testing of the nozzle. A second charges him with performing a defense service for China without first obtaining the necessary licensing approval of the U.S. Department of State.