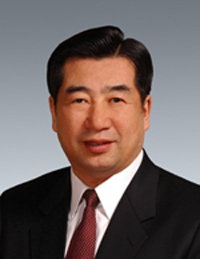 Hui Liangyu will lead a Chinese delegation to the North on July 10-13 for celebrations marking the 45th anniversary of a treaty of friendship between Pyongyang and Beijing, said Foreign Ministry spokeswoman Jiang Yu.

Jiang didn't give any details of other delegation members or say whether Hui would discuss the Chinese-organized talks on demands that the North stop nuclear development.

The six-nation nuclear talks have been stalled last year over the North's insistence that the United States lift sanctions on North Korean companies accused of weapons proliferation.

Other governments in the talks are South Korea, Japan and Russia, the AP reports.