Scientists are to present a new technique, which will allow the number of diseases which embryos can be tested for to be extended dramatically, according to reports. 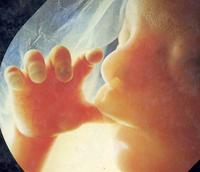 The diagnosis could give a possibility to people at risk of having children with conditions like muscular dystrophy to have healthy babies, according to Guardian Unlimited.

The technique, called pre-implantation genetic haplotyping (PGH), has been pioneered by scientists at Guy's Hospital in London. PGH involves testing parents and any existing children or relations carrying or with a genetic condition, to identify the faulty units of chromosomal DNA, BBC News reports.

It is not clear why more diseases can be tested for using the new technique, but scientists say the chances of diagnosing a disease are much higher.