IBM company to increase investment in India US2 billion annually

IBM Corp. is going to triple its investment in India to US$6 billion over the next three years. Now India has good temps of developing network, IBM Corp. doesn’t miss chance to benefit. 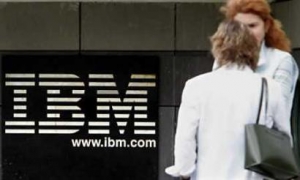 IBM company to increase investment in India US2 billion annually

Chairman and Chief Executive Sam Palmisano said the investment will be used to build service delivery centers in Bangalore , India 's technology hub, and create a telecommunications research and innovation center for IBM clients around the world.

Palmisano also said IBM would increase the number of its employees in Bangalore , without elaborating. In the past three years, the company has invested more than US$2 billion and hired more than 30,000 people in India , taking its staff in the country from 9,000 to 42,000 today.

Palmisano was to meet later Tuesday with the analysts to brief them on IBM's work in India and its global plans for next year, an annual talk ordinarily held in New York .

The new investment "will ensure we make the most of the opportunities to grow this marketplace while it enables IBM to fulfill its vision to become a globally integrated company," Palmisano said.

"If you are not here in India making the right investment ... then you won't be able combine the skills and the expertise here with skills and expertise around the world in ways that can help our clients be successful," he said. "I am here today to say that IBM is not going to miss this opportunity", reports the AP.