Negotiations on a peace treaty to formally end the state of war on the Korean Peninsula are likely only after substantial progress is made on ending North Korea's nuclear program, a senior South Korean official said Thursday. 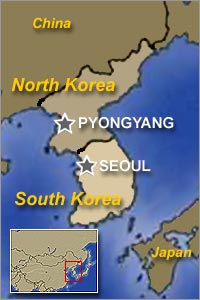 The New York Times reported on its Web site Wednesday that top advisers to U.S. President George W. Bush have recommended a broad new approach in dealing with the communist state that would include beginning negotiations on a peace treaty on a parallel track with disarmament talks.

A September agreement reached at nuclear talks was based on a broad assumption peace negotiations would start when substantial progress was made on ending the North's nuclear program, the South Korean official said, requesting anonymity because of the sensitivity of the issue.

The official indicated such negotiations wouldn't start any time soon.

The North has long demanded a peace treaty with the United States to replace a cease-fire negotiated with the U.S.-led United Nations command, which fought to defend South Korea in the 1950-53 Korean War, and China, which supported the North.

The Wednesday report said Bush is likely to approve the new approach, but only if the North returns to the nuclear talks that have been stalled since November.

If Bush decides to move in a new direction, that would "show Washington's efforts to entice the North back to the six-party talks," said Baek Seung-joo, a North Korea expert at the state-run Korea Institute for Defense Analyses.

"It would be a big enough carrot for North Korea," Baek said. "By promising them a security guarantee, the U.S. is giving North Koreans a cause to return to the talks,” reports the AP.