President Putin suddenly offered Japan to conclude a peace treaty with Russia before the end of the year. The news came as a surprise to both Russia and Japan. If Japanese Prime Minister Shinzo Abe had accepted the proposal, he would have been demonised and put to shame in Japan. He turned Putin's offer down, and the chilled relations between Russia and Japan may deteriorate even further. 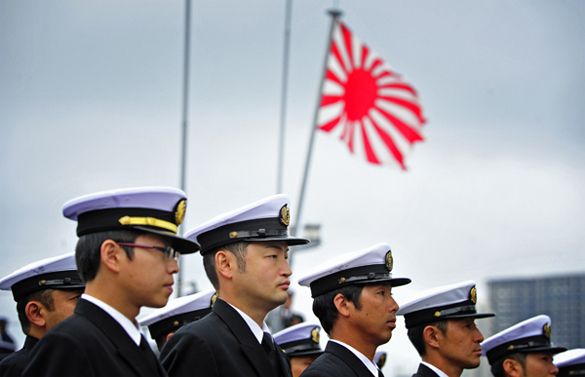 Tokyo announced that Japan sticks to the old concept for the peace treaty that can be signed only when Russia and Japan settle the territorial dispute. Therefore, Tokyo's decision about Putin's proposal shows that Japan is not interested in maintaining any type of mutually beneficial partnership with Russia - Tokyo is only interested in the islands.

Vitaly Shvydko, the head of the group for Japan studies at the Russian Academy of Sciences, shared his opinion with Pravda.Ru about a possibility for Russia and Japan to sign the peace treaty before the end of 2018.

"For Japan, it is vitally important to have the borders settled. If they do not achieve this, it will mean that Japan has given up on its position. If Japan keeps this condition in effect, the peace treaty between Russia and Japan will not materialise."

"Are there any compromises that Moscow and Tokyo could find?"

"They have been looking for a compromise for several decades, but could not find it. There have been no signs of progress lately. Most likely, this is either a propaganda move, or some trick that the Japanese side is working on, but I doubt that. It is impossible for Japan to avoid the border issue. Russia was ready to conclude the treaty without fixing the borderlines. Yet, Japan was never up for it. Russia and Japan have tried to regulate the issue, but nothing has been decided. They tried to allow Japanese businesses to the Kuril Islands, but there was no progress there either. In other words, there is a mission, there are negotiations, but there is no result. Russia insists the legal status should be defined exclusively by Russian law."