President Petro Poroshenko said at a ceremony during the Day of Remembrance and Reconciliation that Ukraine should not have any common military holidays with Russia. 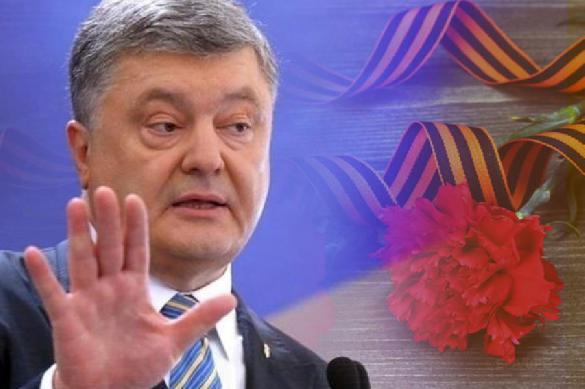 According to Poroshenko, Ukraine put an end to the "long-standing and strange tradition" to celebrate the main military holiday in unison with Russia.

"Our military calendar must not contain anything in common with the aggressor," Poroshenko said.

On May 8, Ukraine celebrates the Day of Remembrance and Reconciliation instead of the Victory Day, which the country used to celebrate together with Russia. The new holiday was established in Ukraine in March 2015, and Kiev thus joined the Western tradition of celebrating Victory over Nazi Germany.

The Act of Germany's military surrender was signed on May 7 in Rheims. The document came into force on May 8. However, Joseph Stalin refused to recognize this act and demanded a re-signing, because it was Soviet major-general Ivan Susloparov, who signed the document on behalf of the USSR. Susloparov did not have time to hold preliminary consultations with Moscow, and the act was signed again.