Viktor Yushchenko, Ukraine's ex-president, says what Putin is afraid of most

Former Ukrainian President Viktor Yushchenko said on the eve of the eighth anniversary of the Smolensk air crash, in which the entire Polish administration was killed, that Lech Kaczynski "could deeply understand the importance of solidarity, which Moscow was so afraid of," the Polish Press Agency said. 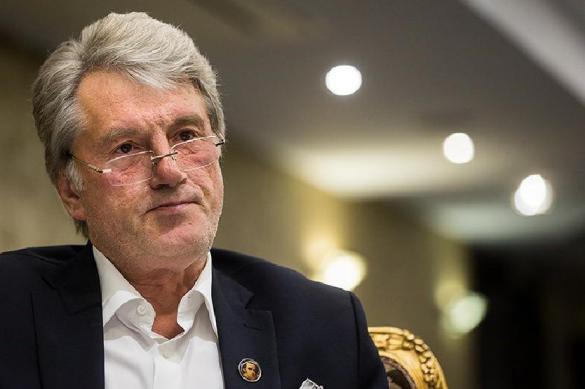 "Lech could deeply understand Poland's exceptional mission in the east of Europe," Yushchenko said recollecting his trip with Kaczynski to Georgia in August 2008.

"I believe that it was one of our most important missions, because we showed through solidarity that we were much stronger than the invader. We deeply believed that our joint strength was exceeding the capabilities of the Russian army, because we had truth on our side, and if so, then we had God on our side too," said Yushchenko.

According to Yushchenko, there was little of such international solidarity when Russia attacked Ukraine in 2014. "We were missing it for a very long time. The political Europe is waking up only now and starts realising that Putin is not afraid of either sanctions or military force. He is afraid of our solidarity," Viktor Yushchenko said.

Yushchenko could not help drawing an analogy between the poisoning of Sergei Skripal and himself: "These are ways of the struggle against enemies that Russia has always used. I understand the reasons behind it. My policy was not good for Moscow as it would alienate Ukraine from Russia, it was a pro-European policy. Without Ukraine, Russia will never be successful. Ukraine is the main condition for the success of the Russian state power project," the Ukrainian ex-president said.

Yushchenko pointed out that for this reason the Kremlin occupied the Ukrainian Crimea and caused the conflict in the Donbass. "This is the price that we are paying for our rapprochement with the West. The tragedy that took place in the UK can take place again in any country. This is a threat to everyone of us. Understanding this is a great success," Yushchenko said.