Theresa May to expel Russian diplomats after Moscow ignores her ultimatum

British Prime Minister Theresa May is going to make an important announcement on March 14. It is believed that May will announce a decision to expel Russian diplomats from the UK, Sky News reports with reference to its source. 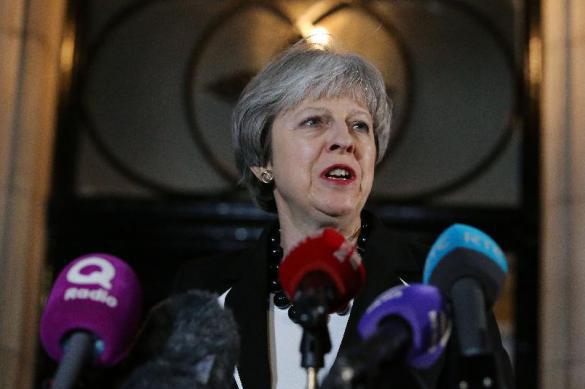 This is a breaking news update: Theresa May said that the UK would expel 23 Russian diplomats. they will have to leave the territory of the United Kingdom within a week.

The number of Russian diplomats who will have to leave the United Kingdom is not going to be as large as it was in 1971, but it will be large enough, the publication said.

Theresa May's decision may thus come as a response to Russia's inaction regarding the ultimatum that May had delivered to Russia during her recent speech at the parliament. May, speaking about Russia's possible involvement in the poisoning of former Russian spy Sergei Skripal, said that Russia would have 24 hours to explain the incident.

"No person can stand up in the parliament of their country and say: "I give Russia 24 hours." What kind of talking is it at all?" Zakharova said adding that British Prime Minister Theresa May made the statement in "London, the capital of a nuclear power.""Whom do they give 24 hours? For what?" Russian Foreign Ministry representative said alluding to Russia's nuclear arsenal.

According to Putin's official spokesperson Dmitry Peskov, Russia has nothing to do with the incident with Sergei Skripal, who was exposed to a nerve agent in the UK

"Moscow's position is well known, Moscow's position was conveyed through diplomatic channels to London: Moscow has nothing to do with the incident that took place in the UK," the Kremlin spokesman said. "Moscow does not accept absolutely unsubstantiated allegations nor does it accept the language of ultimatums," he added.

"At the same time, we remain open to cooperation in investigating the causes of this incident, but, unfortunately, we do not see reciprocity on the part of the British in this," Putin's press secretary stated.