Former Russian spy Sergei Skripal and his daughter Yulia, who were poisoned in Salisbury with a neural-paralytic substance of the Novichok type, will never be able to recover completely if they manage to stay alive, Soviet chemist Vil Mirzayanov, who lives in the US, said. Mirzayanov is considered to be one of the creators of the poisonous substance, The Telegraph wrote. 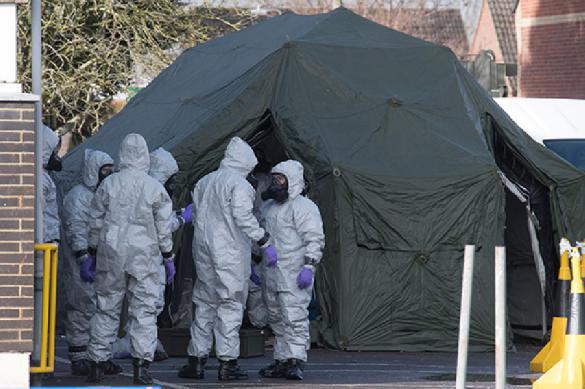 According to the chemist, Novichok substances are at least 10 times more powerful than any other nerve-paralytic chemicals.

The scientist believes that Skripal and his daughter are hopeless. The two still remain in a coma, whereas as many as 21 people have requested medical assistance as a result of the incident in Salisbury.

There is no official information about poisoning substances of the Novichok family available in open sources. However, according to Vil Mirzayanov, it is possible to create one of its variants with the help of conventional organophosphate compounds manufactured at chemical plants for the production of fertilisers or pesticides. This, as the scientist noted, makes it possible to covertly create chemical weapons bypassing the convention on their prohibition. It is also believed that Novichok poisons are 5-10 times more toxic that VX poison that was used to kill a close relative of Kim Jong-un.

Meanwhile, Russian Senator Igor Morozov told RIA Novosti that Russia ceased the production of Novichok nerve gas a long time ago and destroyed all of its reserves.

According to him, the production was stopped during the 1990s, whereas the last kilogram of the substance was destroyed in September 2017. "This was done in accordance with international agreements under the supervision of international observers of the OPCW," Morozov said.