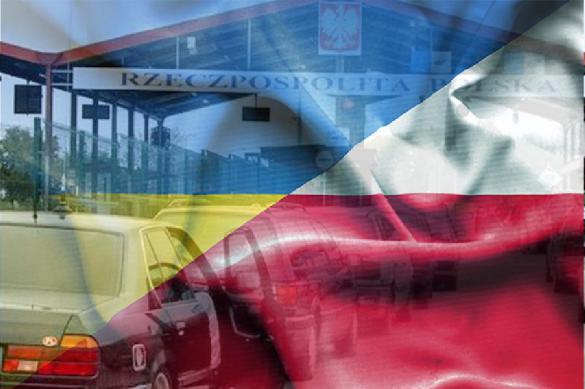 Members of the Ukrainian Parliament found the Polish law "a radical anti-Ukrainian step that could destroy the foundation of good-neighborly relations between our nations and states." "This is an act of humiliation of the dignity of the Ukrainian nation, abuse of historical truth and the denial of more than forty years of work to reconcile our peoples," they said.

Yurinets and Knyazhitsky added that the law was a stab in the back. "It's a painful attack, because it was inflicted by our neighbor that we are connected with through strategic partnership and mutual sympathy between millions of Ukrainians and Poles," the MPs added.

The MPs asked President of Poland, Andrzej Dudu to veto the law and "continue the measures to overcome tragic consequences of the common past of the Ukrainians and the Poles."

Earlier, the Polish Senate approved the draft law "On National Memory", which criminalizes the propagation of the ideology of Ukrainian nationalists and the denial of the crimes that they had committed against the Poles during WWII.

Ukrainian Foreign Minister Pavel Klimkin also criticized the law. He said that the idea of ​​recognizing any nation as a criminal one leads to nowhere.

Kiev thus believes that Poland tries to portray the Ukrainians only as "criminal nationalists" and "collaborators of the Third Reich."

The Polish law also criminalizes the dissemination of information about Poland's participation in the Holocaust. In particular, the public pronouncement of phrases such as "Polish death camps" and other expressions indicating that Poland is responsible for crimes against humanity that Nazi Germany had committed on the territory of Poland fall within the scope of the law as well.

Stepan Bandera (1909-1959) was a Ukrainian political activist and leader of the Ukrainian nationalist movement. He still remains a highly controversial persona: there are many of those who praise Bandera as a liberator, while others believe him to be a Nazi collaborator and supporter of terror.