Russian fighter aircraft Su-24 skidded off the runway during takeoff in Syria. The crew of the fighter jet was killed, officials with the Defence Ministry of the Russian Federation told TASS. 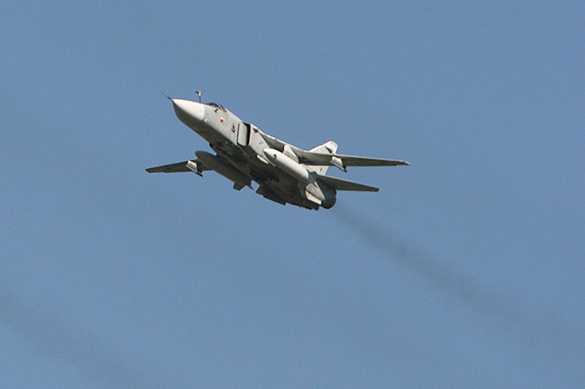 "On October 10, during acceleration for takeoff from the airfield of Hmeymim (Syria), a Su-24 aircraft skidded off the runway. The aircraft crashed in the accident. The crew of the plane did not have time to catapult and was killed," the message from the agency said.

The accident caused no destruction on the ground. Most likely, the accident occurred as a result of a technical malfunction of the airplane, Interfax reports.

Last week, a Russian Mi-28 helicopter made an emergency landing because of a technical problem in the province of Hama. Initial reports said that the chopper was shot down, but the Defence Ministry subsequently denied those reports.

In late 2016, a MiG-29K and then a Su-33 rolled out from the deck of the Admiral Kuznetsov aircraft carrier and fell into the sea. The crews of the fighter jets managed to catapult. Later it became known that the accidents occurred because of the breakage of the auto finisher cable.