CBS television network has dismiss the vice president of the television company for unacceptable statements about supporters of the Republican Party who were killed in the deadliest mass shooting in the history of the United States in Las Vegas. According to The Washington Post, Hayley Geftman-Gold, the vice president and senior lawyer of CBS, criticized some of the victims of the mass shooting in Las Vegas calling them "republican gun toters," who, in her opinion, do not deserve sympathy. 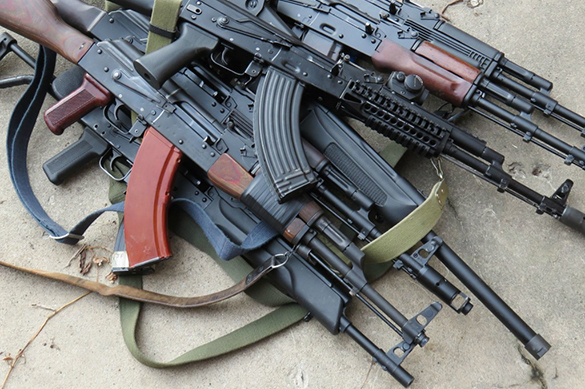 "If [Republicans] wouldn't do anything when children were murdered I have no hope the Repugs will ever do the right thing. I'm actually not that even sympathetic bc country music fans often are republican gun toters," Hayley Geftman-Gold, the former vice president and senior counsel at CBS wrote on her Facebook.

Geftman-Gold referred to the Sandy Hook school shooting in Connecticut organized by 20-year-old Adam Lanza in December 2012, when 26 people were killed, including 20 children. After the  Sandy hook massacre, Republicans refused to support the bill to tighten arms control.

Geftman-Gold was fired having served in her position for about a year, the company administration said adding that the company condoled with all victims of the Las Vegas shooting.

Later, Geftman-Gold apologized for her "shameful" message and acknowledged that every human life was equally important.

According to most recent reports, Stephen Paddock, who is said to be the Las Vegas shooter, killed 58 people and wounded 527. He committed suicide before the police arrived at the hotel room, from where he was shooting his weapons.