At least 20 people were killed, more than 100 were injured, when a gunman opened fire at spectators near Mandalay Bay Casino in Las Vegas, Nevada, USA. The incident occurred at Sunday night (Monday morning in Moscow) at a music festival. 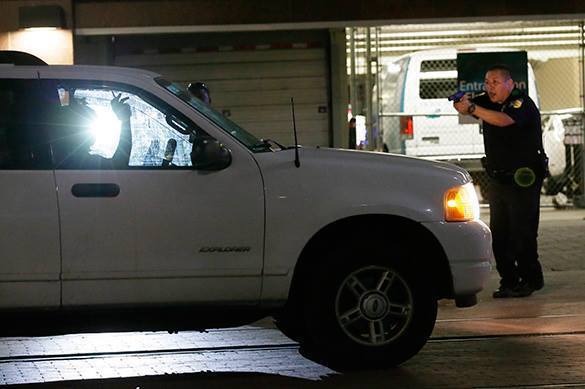 Originally, it was reported that the gunman, who is believed to be a local resident, has killed two people, but the death toll climbed to 20 and may continue to rise. According to more recent reports, the number of victims has grown to over 50; over 200 were injured.

The suspect started shooting during the performance of famous American country music singer Jason Aldin, who was playing on an open-air stage. According to preliminary reports, the gunman opened fire from an automatic weapon from a hotel balcony.

Numerous photos and videos of the attack have appeared on the Internet showing the injured. One can also hear the gunshots very distinctively. The singer stopped performing and escaped to safety, while people in the audience started screaming and pressing themselves against the ground. According to eyewitnesses, more than 100 gunshots were made. Thousands of spectators tried to flee.

Later it was reported that the attacker had killed himself before the police arrived. He has been identified as Stephen Paddock, 64.

The Las Vegas international airport has suspended arrivals and departures in connection with the tragedy near Mandalay Bay Casino.