Iran has showcased its Khoramshahr new ballistic missile with a range of up to 2,000 kilometres. The missile was shown during a military parade in the centre of the Iranian capital Teheran. Iran intends to develop its defensive potential further, President Rouhani said. 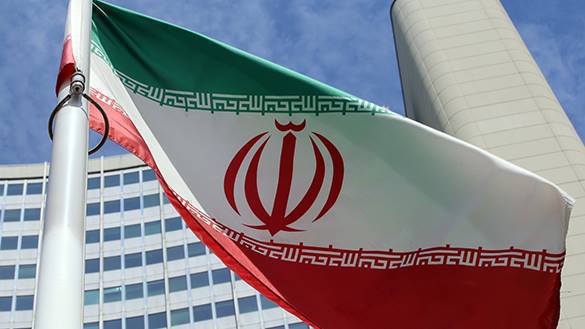 Brigadier General of the Revolutionary Guards Corps of the Islamic Republic of Iran, Amir Ali Hajizadeh, said that the new ballistic missile was capable of carrying several warheads and it would be passed into service in the near future, Iranian television channel Press TV reports.

Iranian President Hassan Rouhani said that the country would continue developing its military potential and no other state would be able to stop Iran from doing it. He added that Iran never used its "defensive potential" for aggressive purposes.

Rouhani also announced Tehran's commitment to the agreement about the Iranian nuclear program reached in 2015.

During the production of the Khoramshahr missile, no foreign components were used, Iranian news agency Tasnim specified.

The above-mentioned military parade marked the beginning of the Holy Week of Defence - annual events in memory of the Iran-Iraq war of 1980-1988. One of the first battles of the war took place  at the Iranian border town of Khoramshahr, after which the missile was named.