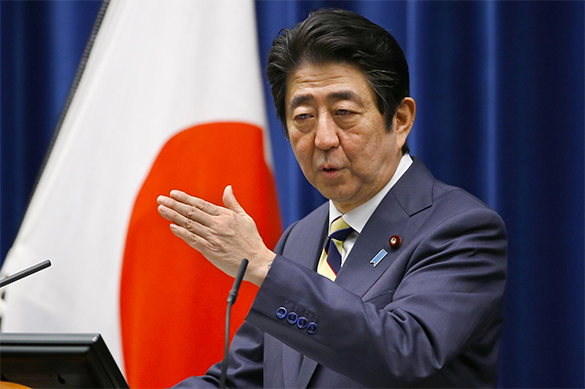 Abe, when speaking on Russian television, stressed that effective negotiations could be conducted "only with the person whom you trust."

"Results can be achieved only if parties strictly follow their promises. Of course, each of us stands for the interests of our countries, and negotiations can be very difficult at times, but I treat President Putin with great respect as a partner in our dialogue," the Prime Minister of Japan said.

On September 7 Putin and Abe will meet in Vladivostok for the 19th time. The previous meeting between Russian President Vladimir Putin and Japanese Prime Minister Shinzo Abe resulted in the signing of a number of strategic documents on cooperation.

Japan disputes Russian islands of Shikotan, Iturup, Habomai and Kunashir, insisting that these islands should be delivered to Japan. The parties have not reached a final solution on the problem of disputed islands, but signed a number of agreements on "joint economic activities" on the islands in such areas as fishery, tourism, medicine and ecology.

In 1964, the USSR offered Japan both the peace treaty and the delivery of several Kuril Islands, but Japan declined the offer. Today, some believe that Vladimir Putin and Shinzo Abe have already reached a secret agreement on the ownership of the Kuril Islands. Indeed, the meeting in December 2016 in Shinzo Abe's hometown of Nagato marked a breakthrough in the Russian-Japanese  relationship. Afterwards, all of a sudden, Japanese companies evinced great interest in investing in Russia.