Unknown individuals smashed a bust to Marshal Zhukov in the city of Odessa, Ukraine. The bust to the legendary Soviet military commander was standing at the intersection of Marshal Zhukov Avenue and Academician Glushko Street. Perpetrators knocked the bust down from the pedestal, the sculpture was seriously damaged as a result of the fall. 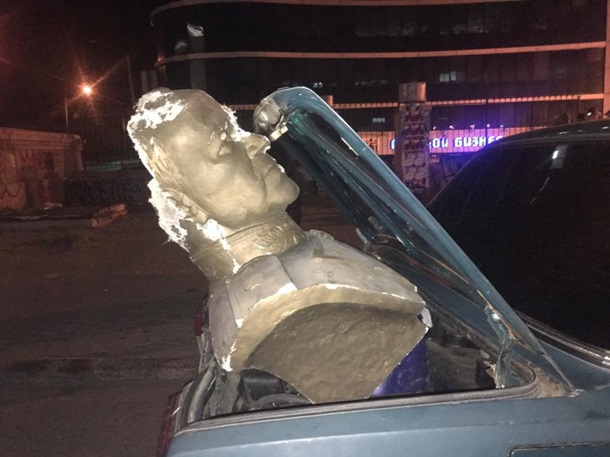 A group of investigators visited the site of the incident,  representatives for the National Police in the Odessa region said.

Details of the incident remain unknown, but local media reported that the police loaded the bust in a police car and took it away in an unknown direction.

This is not the first case when acts of vandalism are committed against memorials to the famous Soviet marshal in Odessa. At the end of June, unidentified people dismantled a memorial plaque on the avenue named after Zhukov. In May, vandals damaged the monument to the marshal in a garden in the Tairovo district. In August last year, another memorial plaque on Dvoryanskaya Street was broken.

Local observers connect these incidents with the so-called "war with monuments", which began in the Ukraine after the change of power in Kiev. Radical-minded supporters of Maidan riots destroyed many monuments to Soviet-era figures in Odessa and other settlements of Ukraine.