Spanish fighters took off from an airbase in Estonia to intercept two Russian MiG-31 fighter jets and an AN-26 transport aircraft over the Baltic Sea on August 1. 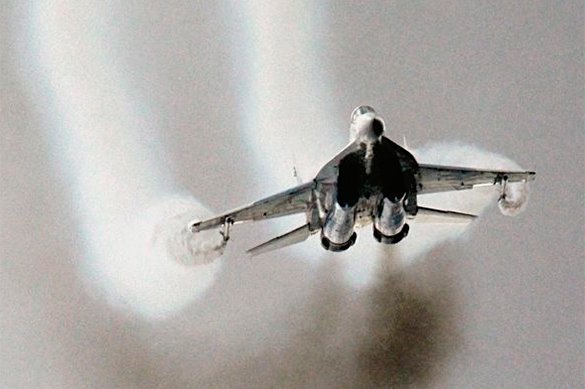 According to officials with the Defense Ministry of Finland, the NATO aircraft violated Finnish airspace. Noteworthy, Finland, which is not a member of NATO, also decided to send its fighter to watch the Russian airplanes.

The incident occurred over the Gulf of Finland to the south off the naval base of Upinniemi. The Finnish Border Guard is looking into circumstances of the incident, representatives for the Finnish Defense Ministry said.

The Russian Defense Ministry commented on NATO's reports about the interception of the Russian aircraft by NATO fighters over the Baltic Sea.

Two Russian MiG-31 fighters and an An-26 military transport aircraft were carrying out a scheduled  training flight over the neutral waters of the Baltic Sea.

The Russian planes carried out their flight in strict accordance with international rules for the use of airspace, without violating the borders of other states, officials with the Ministry of Defense of the Russian Federation affirmed.

NATO's F-18 fighter aircraft approached the group of Russian aircraft at a safe distance and accompanied them for about one minute.