On the night of April 18, two nuclear-capable Russian Tu-95 bombers flew 100 miles from Kodiak Island in Alaska and 280 miles from the US Air Force base Elmendorf. US fighter jets had to take off to intercept the Russian bomber aircraft, Fox News reports referring to sources in the US government. 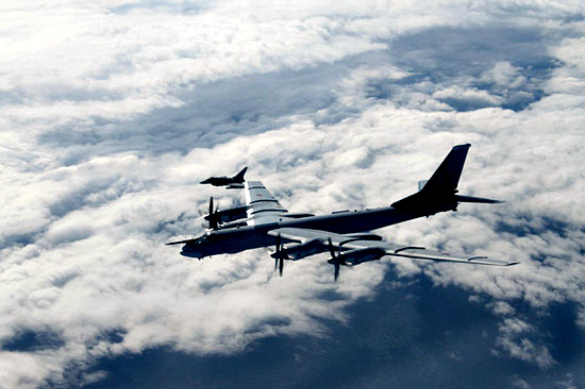 This is the first time, when Russian bombers performed a demonstration flight so close to US  shores during the presidency of Donald Trump.

Two F-22 fighters and Boeing E-3 long-range radar detection aircraft took off to intercept the Russian planes. The aircraft were flying in parallel courses for about 12 minutes before the Russian bombers made a U-turn.

Predictably, a number of American media and bloggers did not miss an opportunity to speak about the impending "Russian invasion of Alaska" and the beginning of WWIII.

According to an anonymous former officer of the US Navy, Russian spies have been operating in Alaska for a long time already. Dressed in civil clothing, Russian citizens were repeatedly spotted in abandoned motels and near US army bases, the Daily Star said.