Russia to US diplomats: Out!

Russia has decided to cut the number of US diplomats working on the territory of the Russian Federation to 455. Officials with the US State Department called the move unjustified and added that the US would respond accordingly. 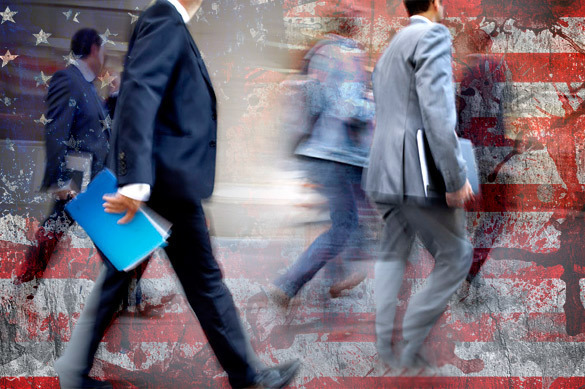 Meanwhile, the Kremlin believes the USA needs to abjure the dictate of sanctions as a condition required for the normalization of relations with the United States. Dmitry Peskov, an official spokesman for President Putin, stated that the USA needs to rehabilitate from political schizophrenia.

Dmitry Peskov, a spokesman for the Russian president, said that political will is required to normalize relations between Russia and the United States. "A way out of this situation lies in the manifestation of the political will to normalize the relationship, in the process of rehabilitation from the aggravation of political schizophrenia," Peskov said.

Peskov also explained why Russia took action against the US even before Donald Trump signed the draft law to tighten sanctions against Russia. According to Peskov, the document that passes through US Congress de facto takes the form of law anyway, even if the head of the White House does not sign it. "There was nothing to wait for, everything was quite obvious," Putin's spokesman said.

On Friday, Russia announced a decision to reduce the number of US diplomats in Russia to 455 from September 1. In addition, US diplomats will not be allowed to use a summer residence of the US Embassy near Moscow from August 1.