Outdated software installed on the Queen Elizabeth, the newest and largest aircraft carrier of the Royal Navy, made her vulnerable to cyberattacks. 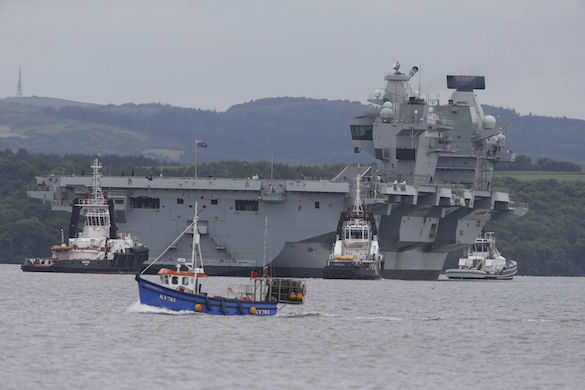 The ship named after the British Queen was launched on June 26. The photographs taken inside the dispatch room of the ship show that onboard computers use Windows XP operating system.

Microsoft ceased to support this operating system a while back, which makes information systems of the vessel particularly vulnerable to cyberattacks.

It is worthy of note that the infamous WannaCry encryptor virus mostly targeted computers running on Windows XP operating system.

The Queen Elizabeth aircraft carrier is the largest military ship in the history of Great Britain. According to The Guardian, the vessel is worth 3.5 billion pounds. The construction of the ship that houses 700 people on board took six years.

Even before the ship set off for her maiden voyage, British media wrote that Russian submarines and aircraft were going to keep an eye on the ship to obtain more information about her.