On June 14, in this column, I wrote a piece entitled "Yemen: Cholera surpasses 100,000 cases". Twelve days later, the figure is now 200,000, making it the world's worst ever cholera epidemic. The cause? Conflict. Ask Saudi Arabia and its murderous backers. 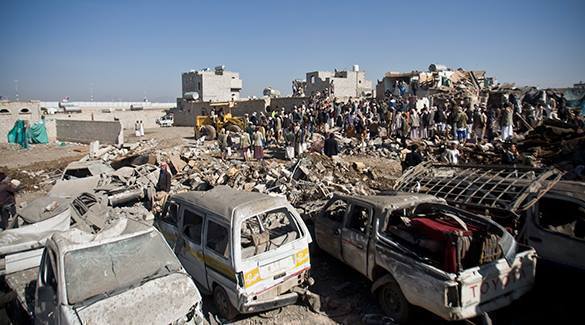 Who is selling weapons to Saudi Arabia, which bombs Yemen indiscriminately? Why are they not being accused of guilt by criminal association?

Over 200,000 cases of cholera, 1,300 deaths, a quarter of these being children, around 5,000 new cases per day, the health system near to collapse because of the satanic bombardment by Saudi Arabia and its backers (guess who). Officials from the UNO have stated categorically that "This deadly cholera outbreak is the direct consequence of two years of heavy conflict (UNICEF Executive Director Anthony Lake and WHO Director-General Margaret Chan).

Malnutrition caused by the indiscriminate bombing by Saudi Arabia has weakened the defences of the population, particularly the children, alerts the UNO.

The WHO and UNICEF need more funding to complete their task of bringing clean and sterilized water to thepopulation, restoring water treatment plants and water supply sources, providing support for medical centers, setting up Oral Rehydration Centers and Diarrheal Treatment Centers and to launch public awareness programs. Their efforts are hampered by poor access to areas dur to the conflict.

The symptoms of cholera appear between 12 hours and 5 days after drinking infected water. The majority of people infected with Vibrio cholerae do not develop any symptoms at all although they can pass the infection on to others. Those who do develop symptoms develop severe watery diarrhea and death can follow within hours if the disease is not treated.

Treatment is simple and effective and cholera is easily treatable. Most people react to an Oral Rehydration Solution (ORS), which comes in the form of a sachet dissolved in one liter of water. Patients can need up to six liters of the solution in the first day. If the patients are severely dehydrated and in shock, they may need intravenous fluids (7 liters of intravenous plus ORS for a 70 kilogram adult).