US to end free military assistance to Ukraine 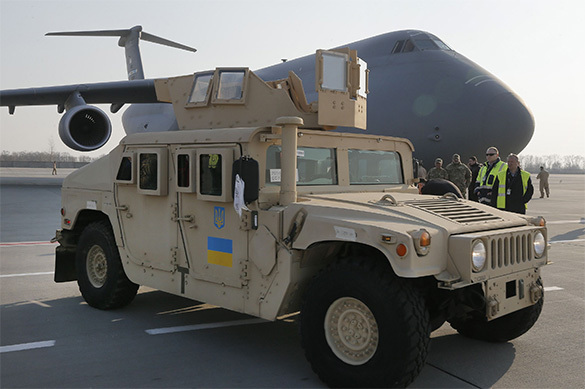 The relevant decision can already be found in the draft budget of the United States for 2018. Changes will affect Vietnam, Indonesia, Colombia, Pakistan, the Philippines and Ukraine.

"We do change a couple of the foreign military programs from direct grants to loans," said Mick Mulvaney, the director of the White House Office of Management and Budget, in a briefing with reporters on Monday. "Our argument was instead of ... giving somebody $100 million, we could give them a smaller number worth of loan guarantees and they could actually buy more stuff."

The changes will not affect Egypt and Israel.

The United States has been assigning up to $300 million to Kiev to support the country's armed forces since the conflict sparked in Ukraine in 2014. The proposed draft budget for the 2018 fiscal year, which starts in the United States on October 1, will be directed to Congress for approval, where it may undergo changes.