CNN has found itself in a confusing situation after the channel commented on a Time magazine publication about Donald Trump's alleged ties with Russia. 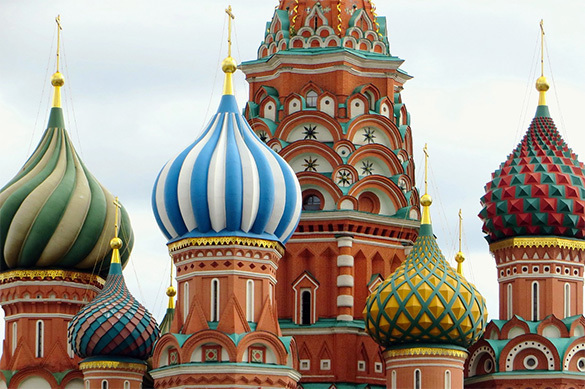 The CNN website published a cover story of the magazine that depicted the "takeover" of Washington's  White House by Moscow's St. Basil Cathedral, an Orthodox church. The headline to the story said: "White House overtaken by Russian minarets on new Time cover."

Deputy chief of Bloomberg's Moscow office, Scott Rose, noticed the error, and the CNN quickly changed the headline of the story "to more accurately describe Russian architecture" and corrected 'minarets' to 'domes.'

The symbol of Russian power taking over the White House, chosen by Time magazine, also caused confusion among Internet users. Strangely enough, the picture in question shows Russia's iconic Orthodox St. Basil's Cathedral, even though the Russian analogue of the White House is the Kremlin.

Like other publications, CNN may often make ridiculous mistakes in its reports. In May of this year, when covering events in Ukraine, CNN defined its place on the map in the area of ​​Pakistan.

The cover of Time Magazine's May 29 2017 issue shows the White House in Washington being taken over by Moscow's St. Basil's Cathedral. A number of authoritative Western publications also published articles about the Time cover, saying that it was exactly the Kremlin, rather than an Orthodox temple taking over the White House.  Articles with erroneous headlines appeared in The New York Post, the USA Today, The Independent, and some others.