Moscow Kremlin sits on Witch Mountain and Cemetery for Magicians

According to a legend, the founder of Moscow, Prince Yuri Dolgoruky, came across a bizarre animal on Borovitsky Hill. The animal had three heads and spots on its fur. A Greek scientist from Kiev who accompanied the Prince, interpreted the vision. He said that at that spot, a triangle city would be founded, surrounded by a great kingdom with “multicolored” residents from all tribes and peoples. 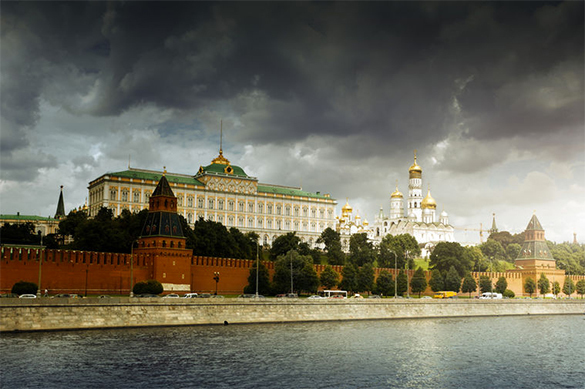 In pagan times, Borovitsky Hill was called Witch Mountain. The place where the Kremlin is located now, was occupied by a pagan temple and a cemetery for magicians and wizards whose spirits are restless. Once, a high priest who cursed this place was martyrised on the top of the hill.

Borovitsky Hill is also a treasury site. Within last 200 year over two dozens of treasures were found in the Kremlin alone. The most ancient one, dated back to 1177, was discovered during laying of the foundation of the Armory Chamber. The Kremlin dungeons are also full of mysteries. Many secret rooms, hallways and galleries were found during construction works under the Kremlin. In 1960, a secret passage to the Yauza River was found under the Mausoleum. The passage was immediately filled with concrete.

In the beginning of the 1990s, there was a plan to create underground museums in Moscow, like in Paris or Rome. Yet, the Museum of Archeology on the Manezhnaya Square was the only museum created.

Maryina Roscha (Maria’s Grove) is one of the most mysterious areas of Moscow considered daring and predatory since ancient times.

In 1750, Elisabeth ordered to build here the first “official” cemetery called Lazarevskoye, after the Saint Lazar church located in the area. Until 1763, bodies of beggars, bums, murdered and suicide victims were brought to this cemetery from an ice chamber and buried in one big grave twice a year.

By 1897, the remainder of the grove was deforested due to construction of the Moscow-Vindav railway. Seventeen tracks were installed in Maryina Roscha, but tracks seven and sixteen mysteriously disappeared from the map. Lazarevskoye cemetery was destroyed in 1934, and the area is now occupied by a children’s playground, the Church of the Descent of Holy Spirit, and a supermarket.

Sokolniki District of Moscow got its name from the word sokol, meaning "falcon." Ivan the Terrible used to hunt falcons here. Peter the Great also liked this place. He ordered to make a clearing in the woods where his foreign friends enjoyed May Day feasts.

The park belonged to the Tsar’s family until the end of the 19th century. In 1879, Moscow merchant Tretyakov bought the land and presented it to Muscovites.