A Chechen national, who introduced himself as a person from the team of President of Chechnya Ramzan Kadyrov commented on the recent publication of "gays in Chechnya" caricatures in France's notorious Charlie Hebdo publication. One of the caricatures ridicules Chechen President Kadyrov. 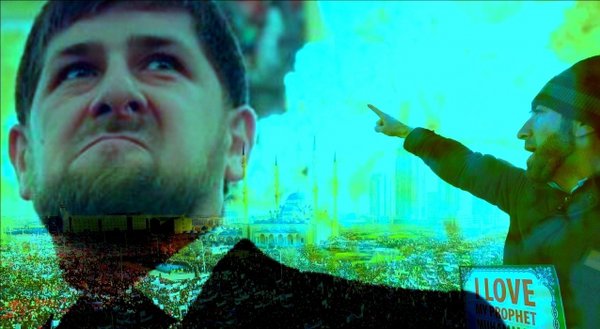 "What are they expecting us to do? Threats of massacre or promises of apologies? They are not even clowns or freaks, but jackals: it's clear that editors [of Charlie Hebdo] need PR," the Chechen said in an interview with Pravda.Ru.

"Yet, there will be no threats and no illegal actions coming. We will file a lawsuit to ruin the magazine economically. I'm telling you, they will have hard times. I also hope that Allah will punish them to, and the punishment will be terrible. It will be a punishment for insulting Chechen President Ramzan Kadyrov and for all the filth that they have been doing with pleasure for long," he said.

"Imagine someone's mother is lying in the shroud before the burial, but then a man from Charlie Hebdo comes, urinates on her and says: "Look, I added some yellow colour, it suits her!" What do you think will happen to this man afterwards? We will never be like ISIL Shaytans, but the punishment will be inevitable," the source in Chechnya said. He also said that some people would be ready to dedicate their whole life to force Charlie Hebdo to apologise.

The caricatures in question depict a person shooting at flying gays from a rifle, gays in ballet attire against the background of gulag towers, a man with a cut-off little finger and a big-nosed man who wears a helmet and cuts a rainbow with a chainsaw. Another caricature shows Chechen President Ramzan Kadyrov having oral sex.