Deescalation zones in Syria to be closed for US and allies

The US and their allies will not be let into deescalation zones in Syria. They will be closed for the American aviation. Aleksandr Lavrentyev, head of the Russian delegation at talks on Syria in Astana, special envoy of the President on Syrian settlement, has claimed that operation of aviation was not envisaged in those zones. 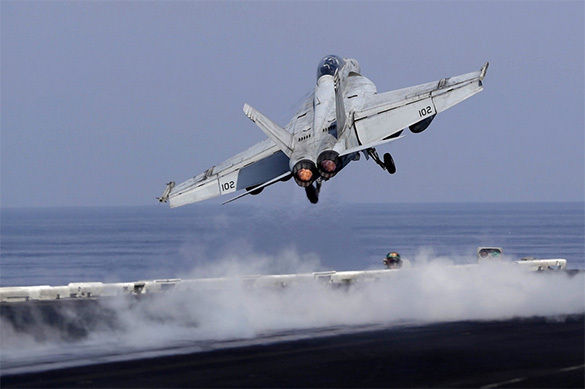 Russia, as a guarantor, will thoroughly watch the state of affairs in Syria. Lavrentyev noted, that sanctions of the UN Security Council are not needed for creation of deescalation zones. However, our country counts for support of the decision.

The head of Russian delegation has also said about swap of captives in Syria. According to him, creation of a working group on the issue is almost agreed upon. Beside that, he noted that mechanism on registration of violations of the armistice regime in Syria had not been spelled out yet.

Creation of the security zones in Syria will reinforce the ceasefire regime, as the Russian President Vladimir Putin stated after a meeting with the Turkish President Recep Erdogan.

As Pravda.Ru reported, Russia has offered to create four deescalation zones in Syria: in the province of Idlib, to the north of the city of Homs, in the Eastern Ghouta and in the south of the country. The document will enter into force in a day after being signed, while borders will be defined in about two weeks. To provide security, Russia may engage its military police in the zones.