US President Donald Trump believes that South Korea should pay the United States $1 billion for the deployment of the THAAD system. 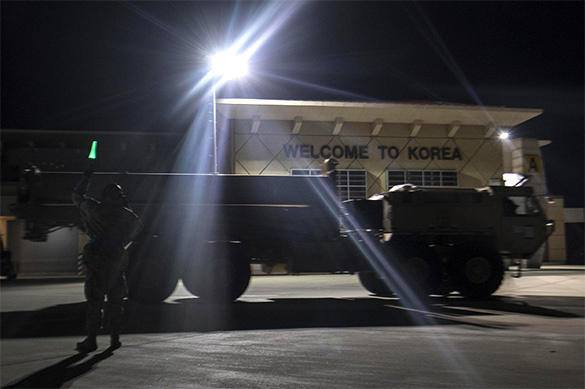 According to Yonhap news agency, all the necessary equipment has been delivered to the site of its deployment. In May, the deployment of the system is to be completed.

The THAAD battery in South Korea will have from four to nine mobile systems, each of them carrying eight interceptor missiles. The battery will also be equipped with TPY-2 TM anti-missile radar. The range of such interceptor missiles is said to be no more than 200 kilometers.

The US explains the deployment of the THAAD system in South Korea with a missile threat from North Korea. These actions have raised serious concerns in China and Russia.

However, officials with the South Korean Defense Ministry said that it is the United States that should pay for the THAAD system. The statement published by Yonhap agency says that there were no changes in the "basic position" of South Korea regarding the new missile defense system. Therefore, it is the United States that is supposed to carry the burden of THAAD system deployment.