US troops arrive in Donbass to kill 'Russkies'

Representatives of the US Army arrived in the conflict zone in the Donbass, representatives of the self-proclaimed People's Republic of Donetsk said, having provided evidence of the emergence of American military instructors on the territory of the so-called "anti-terrorist operation." 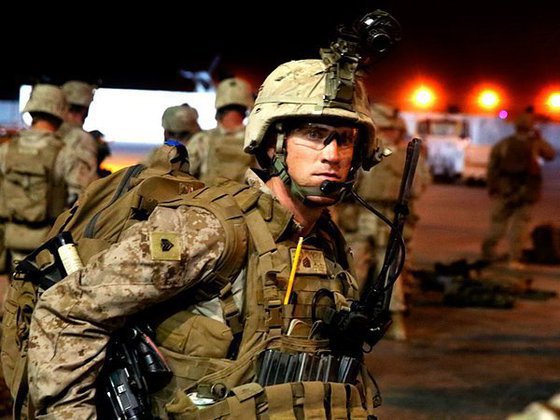 "The arrival of military instructors from the United States in the area of the so-called ATO has been established," Eduard Bazurin, deputy commander of the People's Republic of Donetsk said, adding that "one of the goals of the arrival of US instructors was to check the readiness of Ukrainian Armed Forces for combat operations."

In accordance with agreements between the United States and Ukraine, Washington shall  provide military assistance to Kiev, although, for the time being, this assistance is being carried out in the form of old uniforms, old armoured vehicles and "humanitarian" military supplies. In addition, instructors from the US Army train Ukrainian soldiers, teaching them to "to kill Ivans" noting that it has been quite a while before they could call targets like that.

At the same time, US instructors note that the Ukrainian army is disorganised, and many of its soldiers and officers are very hard to educate, especially when it goes about modern defence technologies and tactics of warfare. Ukrainian military men are used to "decades-old Soviet-style plans, whereas the state of their military hardware brings tear to the eye."

It is worth recalling an infamous statement made by former CIA Director Michael Morell. In one of his interviews, Morell stated that the most effective way to resolve the Syrian conflict would be to kill the Russians there "covertly."